On the Hoof Distance Training 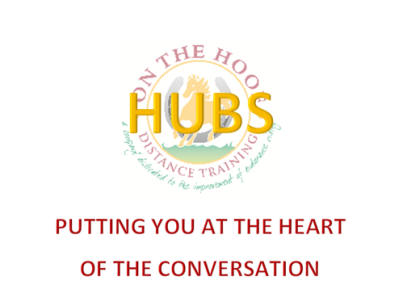 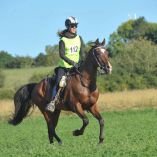 Jennifer Engisch, American athlete living in Switzerland will be talking about everything from her Mongol Derby to her now very successful journey into Endurance.

Over 35 years in the horse industry, Jennifer Engisch first began competing at the age of 7.  Born and raised in Northern California, she advanced her knowledge in both Western and English disciplines with trainers and instructors such as: Del Berg, William Becker and Nancy Becker.  Her first World Grand Championship title she won in 1993 as a 13yo at Freedom Hall in Lexington, KY.  Jennifer was the first junior competitor in history to win the division.  She went on to claim 8 World Championship titles in her teenage years before retiring from competitions to pursue her medical studies in UCSD.  In 2000, Jennifer moved to Switzerland and became apart of a show jumping and dressage family.  She purchased a young Warmblood mare and pursued natural horsemanship methods of training and development in the horse industry.  In 2015, Jennifer completed the Mongol Derby, a 1000km horse race set on the Steppe in Mongolia, which opened her eyes to a new and unfamiliar equestrian discipline; endurance racing.  Upon returning home to Switzerland, Jennifer decided she was ready to start competing again on a world level, but this time it would be a new challenge for her in the endurance discipline.  She purchased a young, unhandled Arabian mare in 2016 and began her journey into the world of endurance.  In 2020, Jennifer obtained 3* CEI level status as a rider as well as in combination with her young Arabian mare, Cha’ili d’Omont.  At present, Jennifer Engisch is a member of the Swiss Endurance Team and has three personal endurance horses, two of which are 3* CEI level.  Jennifer is a trainer and coach in endurance and natural horsemanship.  She is the owner and co-founder of the team; Suck It Up Endurance. 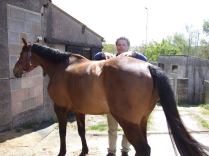 The Horseback Vet exists to help horses, ponies and donkeys to regain healthy, neutral postures and movement, using a truly holistic approach that encompasses conventional and complementary healthcare.
Rob qualified from the Royal Veterinary College, London in 1996 and subsequently trained and worked around the world in equine orthopaedic surgery, lameness diagnosis and structural osteopathy.
Rob is a former British Equestrian Team Vet, has himself competed in eventing, dressage, showjumping and polo, and is a British Driving Society qualified carriage driver. He is a published author in veterinary journals and was scientific editor for the English translation of a highly-regarded French veterinary osteopathy textbook.

Dates to be announced very soon!

Read our reviews below to see how others have benefitted from being part of the On The Hoof Hubs!

Reviews of our first Hubs season

Anita Hobbs - bodywork expert - Anita spoke about the important of fascia in relation to muscles, tendons and injuries.

What’s it all about?

With Winter around the corner and COVID making plans a challenge, On the HoofDT would like to offer you the opportunity of becoming part of an exclusive HUB to run through November, December and January .

What’s a HUB = central part of the wheel …  so we are going to form small groups of people to spin this wheel.

Educational, fun a group of like minded people helping each other

Groups of 4/5 people and occasional guest speaker ( grouped by interest and level and ???)

= “ LOOKING FORWARD TO WELCOMING YOU TO YOUR HUB”

On the Hoof Distance Training